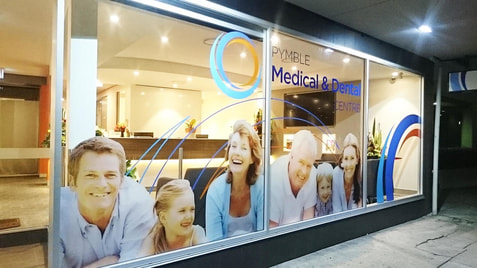 One Way Vision Film
One way vision films are mid-term self-adhesive vinyl films with perforation holes used for either internal or external applications. This product has a black block-out adhesive which when viewed from the internal side of the window allows you to see outside through the holes and when viewed externally, you only see the image printed on it.

​Frosted Privacy Film
Frosted privacy film is a high-quality self-adhesive vinyl film or an optic clear film used for applications requiring graphics on one side and a clear, unobstructed view through the other. Opaque enough, it is used as a privacy film (as the name implies) or even cover an entire conference glass for a brilliant frosted effect.
It can be profile cut to shape or printed with frosted patterns, images and logos.